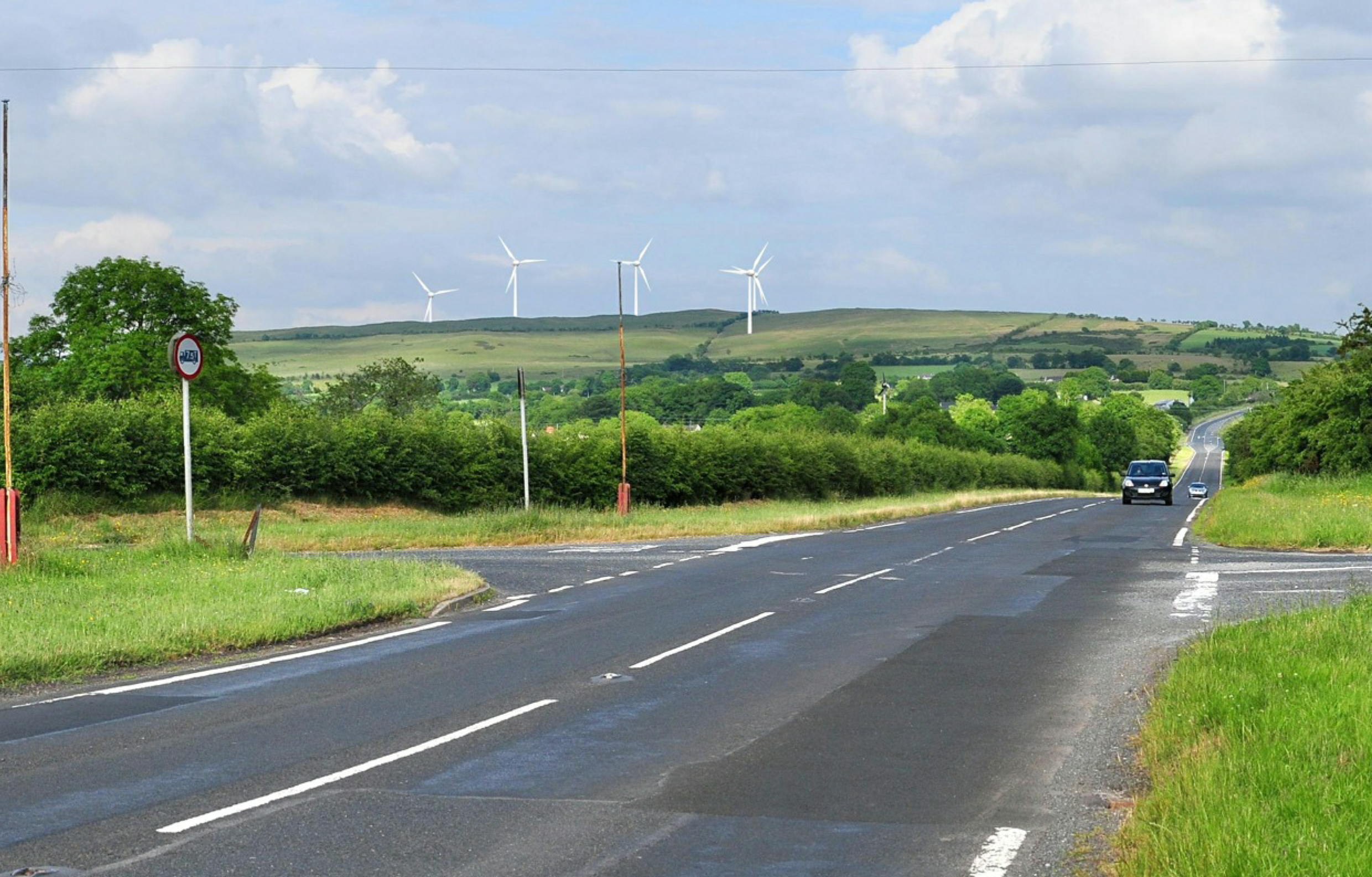 3T Power is expanding its capacity for providing Northern Ireland’s businesses with 100% locally generated renewable electricity through the development of our own wind farm located just outside Belfast.

Until now, 3T Power has has relied on independent generators in order to harness the power of wind electricity generated locally to supply business clients across the province. But with ground-breaking underway at the Ballyutoag site, five wind turbines are planned to become operational by 2023.

The Ballyutoag wind farm project was first initiated back in 2014, with the site at Ligoniel undergoing significant independent assessment for factors including archaeological interest, soil, water and other environmental factors. The project also received positive support from the local community following a public information day in October 2014, held at a local Young Farmers Club. Following significant snags in the project, the team at 3T Power have acquired the site and will see the development through to completion.

As well as providing renewable energy with zero emissions, this wind farm will also provide a year of employment and opportunities to local contractors. The windfarm will house just five wind turbines but will deliver enough energy to power over 8,000 homes or businesses annually, delivering significant impact for its size . 3T Power’s windfarm at Ballyutoag Road will also have the added benefit of reducing annual carbon dioxide emissions by 14,800 tonnes, a significant amount when considering just one individual in the UK has a carbon footprint of around 10 tonnes.

Commenting on this latest development 3T Power Director Thomas Kelso said, “We have worked steadily to create one of the biggest networks of renewable energy generators in Northern Ireland. We’re proud of the fact that 100% of the electricity we provide to businesses here is home grown and we have supported independent turbine owners through our efforts to harness their electricity output.

“Being able to join our own network of generators as generators ourselves is a step forward that we’re very much looking forward to.

“Wind turbines don’t pollute the air or sea, they don’t require water to cool them and they reduce our need for fossil fuels. Wind energy is also the most cost-effective form of energy bar none. This allows us to meet our customers’ demand for energy that’s both sustainable for the planet and pocket.”

Based on the periphery of Europe, Northern Ireland has few natural fossil fuel deposits of its own. In the past, we have been entirely dependent on fossil fuel imports but with the volatility of the fossil fuel market at an all-time high and continued tensions in Eastern Europe, Russia and the Middle East, the emphasis on utilising clean, natural resources located on our back step has never been so important.

3T Power has been at the forefront of the green revolution for businesses in Northern Ireland with 100% of the electricity we supply coming from renewable sources – everything from wind to waves to sun to waste.

The move to include generation with supply is just one of the measures being taken by 3T Power to respond to the ever-increasing demand for renewable energy from businesses in Northern Ireland as business owners remain keen not just to reduce their energy costs but also to increase their sustainability credentials.

The windfarm at the Ballyutoag site is expected to be operational in late 2023, in which time those five turbines will join the 3T Power network, growing 3T Power’s potential to supply local businesses with ‘homegrown’ green energy and also continuing to offer the opportunity for business clients to have full traceability of where their electricity is generated, right down to the specific turbine.